Two Phones? Here’s Why This Local Business Owner Says You Should Get Rid of One! 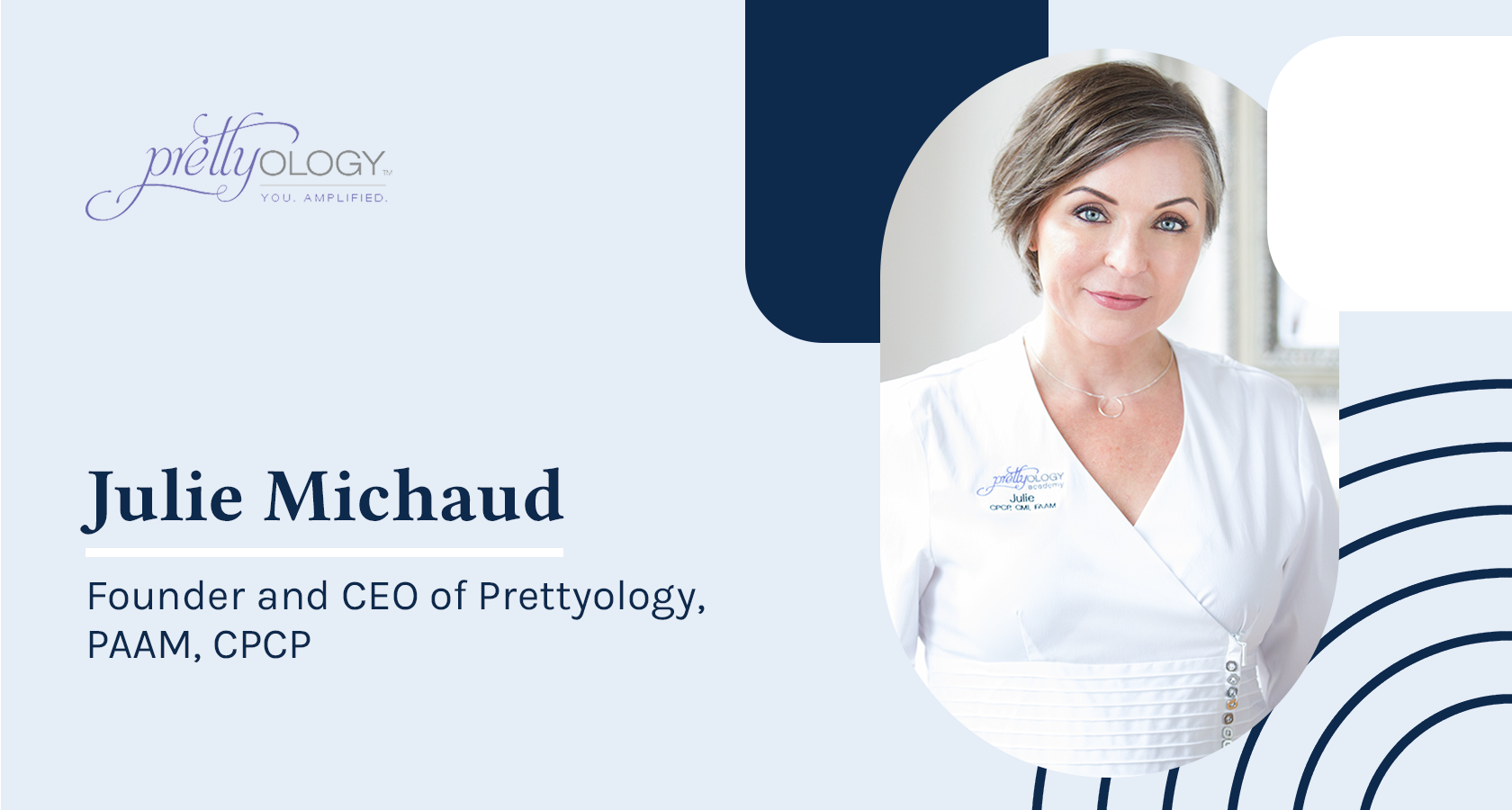 Inspired to cosmetic artistry at a young age, Prettyology Owner Julie Michaud boasts over 30 years of experience in the world of beauty, with certifications that include being a Platinum Member of the American Academy for Micropigmentation (PAAM), a Certified Permanent Cosmetic Professional (CPCP), and a Licensed Permanent Makeup Practitioner by the Peabody Board of Health. Though she launched a career jet setting from New York to Paris for high-fashion photo shoots and celebrity makeup, Julie opened her inaugural Boston-based makeup studio in 1998. The ten-time “Best of Boston” winner went on to found her hyper-successful training facility (a subset called Prettyology Academy) and custom-built beauty lab, where she offers services from makeup application and eyelash tinting to permanent cosmetics. She provides beauty solutions such as medical tattooing and scar camouflage, offering confidence to women suffering from medical issues that have taken a toll on their outward appearance, including burn victims, cancer survivors, and those struggling with alopecia.

But enhancing her clients’ natural beauty isn’t the only way that Julie puts her innovation to use. Her forward-thinking led her to integrate the cielo system, which has taken her salon and training facility to the next level of technological advancement.

Tell us about your beauty and fashion journey and what drew you to this line of work.

I’ve been in the field of Cosmetology my whole life; I went to cosmetology school right out of high school. It was super clear to me what I wanted to do with my life.

I graduated from cosmetology school in 1986 and worked in a salon for a couple of years first. Then, I ended up going to art school and freelancing for close to 10 years until landing back in Boston in 1997. That's pretty much when I opened my first brick-and-mortar. Before that, I was working on photo shoots and doing runway shows — I was always on location. But in 1998, I opened my first salon on Newbury Street in Boston and created a home where people came to me instead of me going to them. That led me to do permanent makeup, which is really what we're known for at this point. In 2013, I opened Prettyology, and I started training in 2017.

What inspired you to start Prettyology and what services do you provide?

When I started, there were no other businesses like it, so I had nowhere to work. The only way was to start a business! We weren't tattooing at that point — it was brow shaping, makeup lessons, makeup sales, and skincare. We focus more on the cosmetic piece of it now, which eventually led to cosmetic tattooing — permanent makeup. It’s such a niche market. We also offer traditional makeup services — lessons, makeup for weddings, brow shaping, brow lamination, lash lifts, and lash tints. We work with what somebody naturally has.

In terms of permanent makeup, we do cosmetic tattooing, eyebrows, eyeliner, and lips, but we also do a lot with areola restoration after breast cancer. We do a lot of scar camouflage — whether from a facelift or skin cancer removal or something else — and we’ve been doing a lot of self-harm scar camouflaging lately, too. That’s awesome because it means the shame has been dropped, and they are getting help for it. It’s remarkable.

Over time, we’ve built a lot of affiliations with different doctors, so we're always thrown unique situations — like burn victims. For example, we have one client we've been working with who was a victim of acid burn in Guyana. When I met her, her eyes were stitched closed. She was burned at about 26 years old when she was in the prime of her life. And now, she's thriving. A doctor called me into that without even really knowing what I could do for her. We've given her brows and evened out her skin tone. We’ve even done needling to break up some of the scar tissue.

Another woman who we've been working with was in the Station Nightclub fires in Rhode Island 20 years ago. One whole side of her body is burned. One of her ears had completely burned closed, which is what she came to me for. The doctors were able to save her hearing and rebuild an ear using cartilage from her ribs, but unfortunately, it was fairly flat and lacked dimension. Using the same technique we do for 3D areola, I’ve been able to create light and shadow to make it look like a textured ear.

The other medical piece is helping a lot of clients with alopecia, or who’ve undergone chemo or have cleft palates. There was one woman I was working with who had skin cancer on her lips, so she lost part of her lip to that. Yes, there's a lot of the feel-good, fluffy beauty stuff, but there's a lot we do in the medical world too. We do a decent amount of pro bono work.

How did the pandemic change the face of your business and your approach to technology?

The pandemic pushed all of us to figure out how to keep going while not having to be physically at work. Like everybody else, we were closed for three months.

There are two aspects of our business: Prettyology is what we refer to as our “Beauty Lab;” it’s our client-facing business. We also have Prettyology Academy, which is our professional PMU training business.

It was kind of wild — I’d been trying to get our training online, and I realized, “Now's my time to figure it out!” I quickly figured out how to put all of my PowerPoints on Zoom. I changed the structure of the class, ordered kits, and we started training through Zoom. So many people weren't working that everybody wanted to train.

Another piece that changed for our beauty lab is that it forced us to do remote consultations, which is pretty much our go-to now. People don't want to drive for a consultation if they don’t need to!

How has partnering with cielo helped you streamline day-to-day operations?

Well, the phone app is fabulous! In fact, we're about to take it to another level. We have a few changes that we want to make that I know are possible because we’re working with cielo.

“The phone app is fabulous! In fact, we're about to take it to another level.”

Having our admin team be able to answer calls on their cell phone, but through a different phone number so it doesn't show up as their personal phone number, has been enormous. It allows people to work remotely — whether it's working from home or they’re out and about and have to return a call. They can still conduct business from wherever they are. That's huge.

We probably have close to 250 or 300 alumni at this point, and I was always giving out my cell phone number before. I didn't want to have two cell phones, but then again, I would get text messages at whatever hour or on Sundays. When we switched to cielo, I sent everybody the new cell phone number, and now I can check it when I want to.

How was the learning curve for introducing a new technology system, and who uses it within your company?

It was quite easy. We made a lot of changes at the same time — we moved, got a new website, changed our booking software, and started working with cielo. Transitioning to cielo was one of the easiest of all the changes we were making! It was pretty seamless, actually.

Nothing's perfect, so the app’s not perfect, but it's pretty darn good! It’s probably my favorite part of the system because of how it links up to my contacts and the fact that I don't have to have two phones. It’s pretty in sync with my phone, which is awesome. I also really like the customer service. We can make a phone call or send an email and things will be taken care of. I love that I'm not sitting on an 800 number with somebody who I don't know, or hoping for a phone call back. Customer service is key. Those are probably the two highest-ranking things — the app and the customer service. I don't know which one comes first. They might even be equal!

What element of the app do you use most? 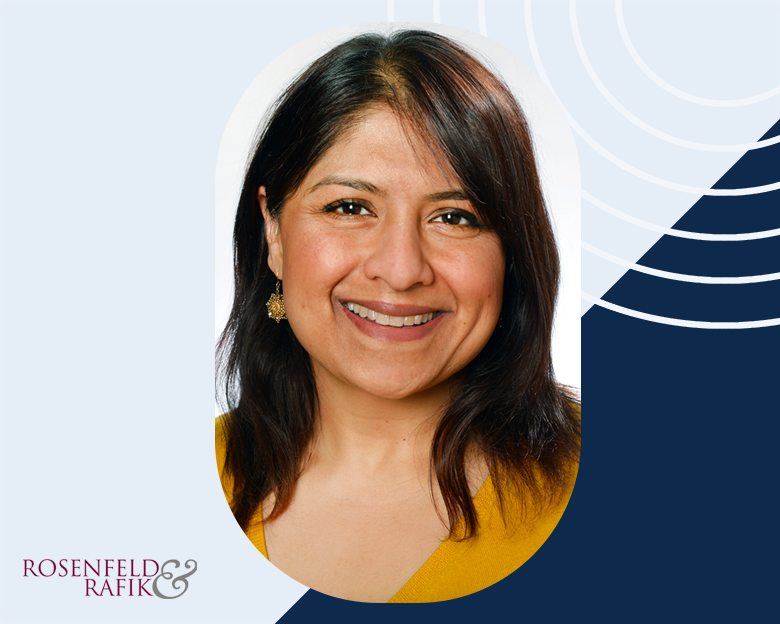